As manufacturers prepare to release their new TVs for the upcoming year, Sony has kicked off 2017 with the delivery of its new Bravia XE93 LED LCD series. We received the 55-inch model for testing, the £2,400 Sony KD-55XE9305, but bear in mind that the £3,200 65in KD-65XE9305 is also available for those of you who crave an even bigger viewing experience.

What’s so special about the XE93?

The Sony XE9305 sits just below the Japanese manufacturer's flagship ZD9 ( reviewed here ) , the A1 OLED, and the full-array local dimming XE9405 within the company's 2017 TV lineup hierarchy. It’s the most affordable Sony TV this year to feature the brand's outstanding X1 Extreme video processing engine, as well as triple-play HDR format support (HDR10, HLG and Dolby Vision, the last of which arriving via a firmware update in the second half of 2017).

Sony has done a great job with the XE93’s design, too – that 55in panel takes centre stage, floating between tiny bezels and supported by a compact, and relatively dainty stand. The multiple covering plates on the grid-patterned rear help to retain the elegant looks – they allow you to keep multiple cables hidden away – but note that the XE93 comes with a large power brick which may be a little tricker to conceal. And if you’re hoping to get away without buying a soundbar, then think twice: while sound quality is above average thanks to the in-built speakers’ clear, intelligible dialogue, the lightweight bass simply doesn’t do justice to the Sony’s image quality.

The HDR you’ve been waiting for

And suffice it to say, Sony has pulled out all the stops. It has taken last year's immensely successful Slim Backlight Drive technology, which was implemented on the XD93 series, and modified it for the XE93. It's now called Slim Backlight Drive +, with the dual-layer stacked LED modules moving from the sides to the top and bottom of the screen. From our testing, this change in LED placement allows the KD-55XE9305 to reach a scorching peak brightness of 1370cd/m2, and unlike last year's Samsung KS range of edge-lit LED LCD televisions, this impressive figure can be sustained for at least a few minutes. That bodes well for localised HDR highlights, but it’s also impressive to find that the XE93’s full-screen peak luminance reaches an equally remarkable 740cd/m2.

Combined with accurate tone-mapping algorithm, this level of peak brightness infused a palpable sense of impact and realism into every type of HDR content, be it a 4K Ultra HD Blu-ray piped from a Panasonic UB900, or The Grand Tour from Amazon Video Prime. Out of the two HLG-encoded video clips we played through the KD-55XE9305's USB port, one successfully triggered HDR mode, so the display may already be compatible with HLG (Hybrid Log-Gamma) broadcast HDR standard out of the box, though owners may have to wait for an update to the BBC iPlayer app before being able to enjoy the Planet Earth II trial in glorious HLG HDR.

Placing the LEDs at the top and bottom of the screen instead of the sides does cause some unwanted side effects though. Because of this type of LED configuration, the XE9305 was unable to maintain perfectly black top-and-bottom letterbox bars in cinemascope movies: while displaying a bright object against a dark background, the brightness of the LEDs cause visible blooming and haloing artefacts, and makes the black letterbox bars appear dark grey rather than black. These complaints are by no means terminal, however: if you like watching movies in the dark, some gentle ambient lights will go a long way towards concealing these backlighting issues. Do bear in mind, however, that this effect becomes even more apparent if you don’t sit dead-centre in front of the Sony – we wouldn’t recommend you sit anywhere other than directly in front of the XE93 due to its limited viewing angles.

Like the ZD9, the Sony KD-55XE9305's upscaling performance is as good as it gets on a consumer TV, which is hardly surprising given both share the same underlying X1 Extreme chipset. Motion smoothness was impeccable too – we saw no judder/ frame skipping or stuttering when watching Blu-rays or from off-air broadcasts.

There are some mild soap opera effects (that overly smooth, floaty effect you may have seen on some TVs) and interpolation artefacts if you look really closely, though. The XE9305 is clearly equipped with some form of backlight scanning, and Sony has had to resort to using interpolation to to prioritise smooth, perfect motion over a completely artefact-free performance.

Gamers will be pleased to find that the XE93’s input lag is impressively low. We measured 26ms in 4K, but that figure increases to 42ms at 1080p – so make sure to set your PS4 Pro or Xbox One S to output 4K if you want the most responsive gaming experience.

If you’ve been lusting after Sony’s £4,000 ZD9, then the XE93 could be just what your wallet (or more likely your overdraft) has been hoping for. With triple-play HDR support, spectacular HDR image quality and superlative upscaling, this is a first-class TV – and one that’s right near the top of our wish list. 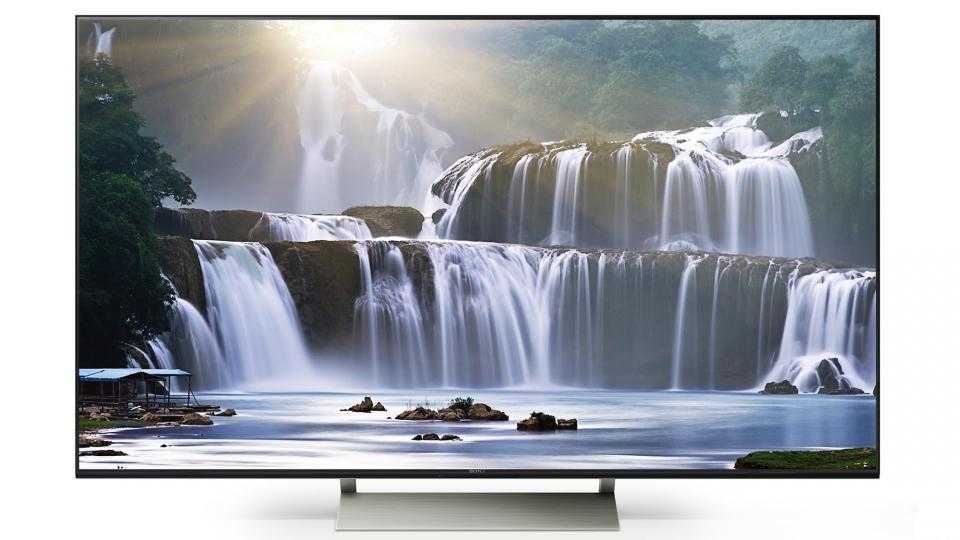