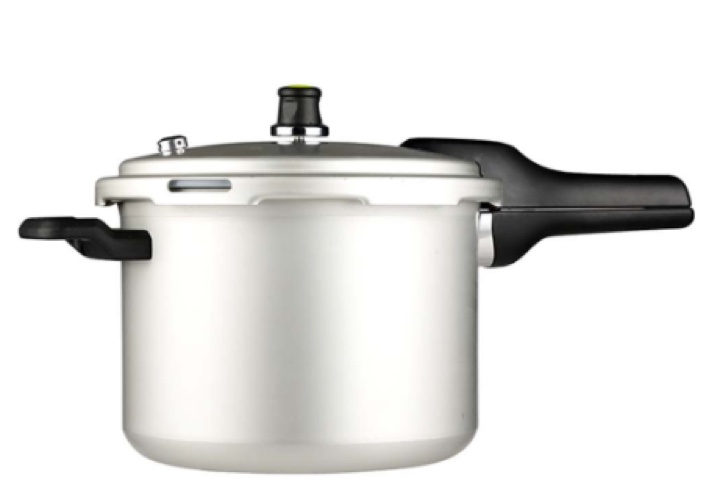 Modern people are very strict in their choice of kitchen appliances. As a very practical cooking tool, the pressure cooker owns many users. However, there are still many people don’t know much in using them. Various problems of pressure cooker also bring troubles to a large number of consumers. This article is a summary of the precautions for using pressure cookers. So how to use to extend the service life of the pressure cooker?

1.Check whether the exhaust pipe hole is unblocked before use. Don't put food more than 4/5 of the space in the pot. Then cover the pot. Turn the lid as indicated by the arrow on the lid till the two handles perfectly coincide.
2.After closing the lid, wait until the exhaust pipe has steam discharged, then fasten the pressure limiting valve on. No other weight may be added to the pressure limiting valve. And nothing could replace it. Use strictly according to the cooking time specified in the instructions. Don't change the time casually.
3.Before opening the lid, the pressure in the pot will be very high. So let it cool for a period and it can be cooled naturally. And also be artificially forced to cool, for example by pouring cold water. Then take pressure limiting valve off, wait until no steam from exhaust pipe. At last, you could turn in the direction of "open" as shown by the arrow on the pot. This way, you could open the pressure cooker safely.
4.Keep the clean of each hole, not blocked. Once the soluble metal in the hole is removed, it should be replaced. It is definitely impossible to be replaced with something else.
5.Rinse and dry timely after use. The pot cover is placed upside down on the pot body, without combination with the pot together. Otherwise it will lead to the deformation of the sealing ring, resulting in air leakage.
6. The pot should not store the alkali, salt, soy sauce, etc for a long time. There is a risk of corrosion. If there is residue that difficult to clean, just soak it with warm water for a period. Then could scrub easily. Forbid using furnace ash, sand and stone to scrub.
7.Pot cover, pot body and the pressure limiting valve shall be properly kept. Strictly prevent knock against. So as not to damage the seal of the pot and affect the pressure work. Pick up both two handles together. To avoid the handle stress on only one end, resulting in damage of pot handle.

Through the above seven points for attention, is it better to understand the pressure cooker? Pressure cookers produce delicious food is different from the flavors of rice cookers. Because pressure cooker depends on the temperature and the high steam pressure in the pot. Now consumers prefer to buy an electric pressure cooker. After all, it's easy and the food is more delicious. There is nobody could refuse such a good cooker!