The M3 is very much an entry-level option in the Shape range and is available for around £70 less than the Shape M5. The M3 uses the same distinctive triangular design that remains classy and elegant. The M3’s front face measures 250mm and weighs 1.9kg, so it's a good size for a kitchen or other small room. This might make it slightly easier to wall mount and there's a wall bracket mount on the rear.

The M3 can be placed either horizontally or vertically and, thoughtfully, Samsung includes a vertical foot stand. Positioning the speaker vertically will be handy if you’re short on space or if you use two M3 speakers as a stereo pair. Notably, while the M3 is much smaller, Samsung has managed to integrate the power supply into the main unit, whereas there is a separate power brick for the M5. We appreciated the lack of clutter.

Like the rest of the Samsung Shape range of multiroom speakers, the M3 is available in either glossy black or white. Both designs are equally attractive and should fit into any room’s décor. Ultimately, Samsung would like you to have several of these dotted around the home so you could mix and match.

All of the controls on the top of the M3 are touch-based, and you can change input to Bluetooth, Internet Radio or TV SoundConnect, the latter of which lets you output sound from a compatible Samsung television. The speakers have support for DTS and Dolby Digital decoding. There's also a touch wheel to adjust the volume and a mute button. The M3 lacks the NFC quick-pairing of the M5, which is a shame.

As well as Bluetooth, you can send music to the M3 over your wireless network. Connecting the M3 to your network is easy thanks to WPS quick pairing. Otherwise you can use Samsung’s MultiRoom app for Android and iOS to enter your wireless network details. There’s an Ethernet port for wired connections as well.

The Samsung MultiRoom app also integrates with streaming music services including Deezer, Napster, Rdio and 8Tracks. The M3 is also Spotify Connect compatible but this will require a Premium subscription and to use the Spotify app to send music to the M3; this limits you to streaming just one track, while Sonos systems can stream as many tracks as there are rooms. The manner in which other services, such as Napster, are integrated isn't the most elegant, with everything presented in lists, but it's functional.

The number of supported services has increased slightly since the range was initially launched but there are still services we would like to see integrated, such as Google Play Music and Tidal, which provides CD-quality streaming. You can of course send your own on-device local music to the M3 for playback and the MultiRoom app is also able to connect to DLNA servers as well as access the local music on other connected devices or NAS drives. This means if you have multiple tablets and smartphones connected with separate music libraries, these are all accessible from the app on each device.

The TuneIn service is used for internet radio and you can set stations to your Favourites list. Pressing the Internet Radio button on the top of the M3 will then cycle through your list so it’s easy to listen to the radio without needing to fiddle around with the app. 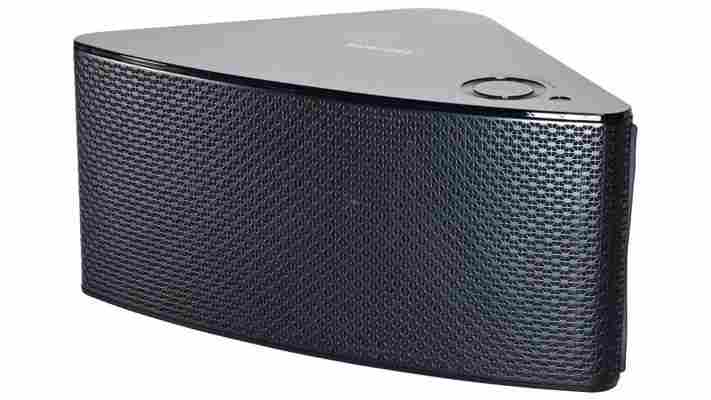