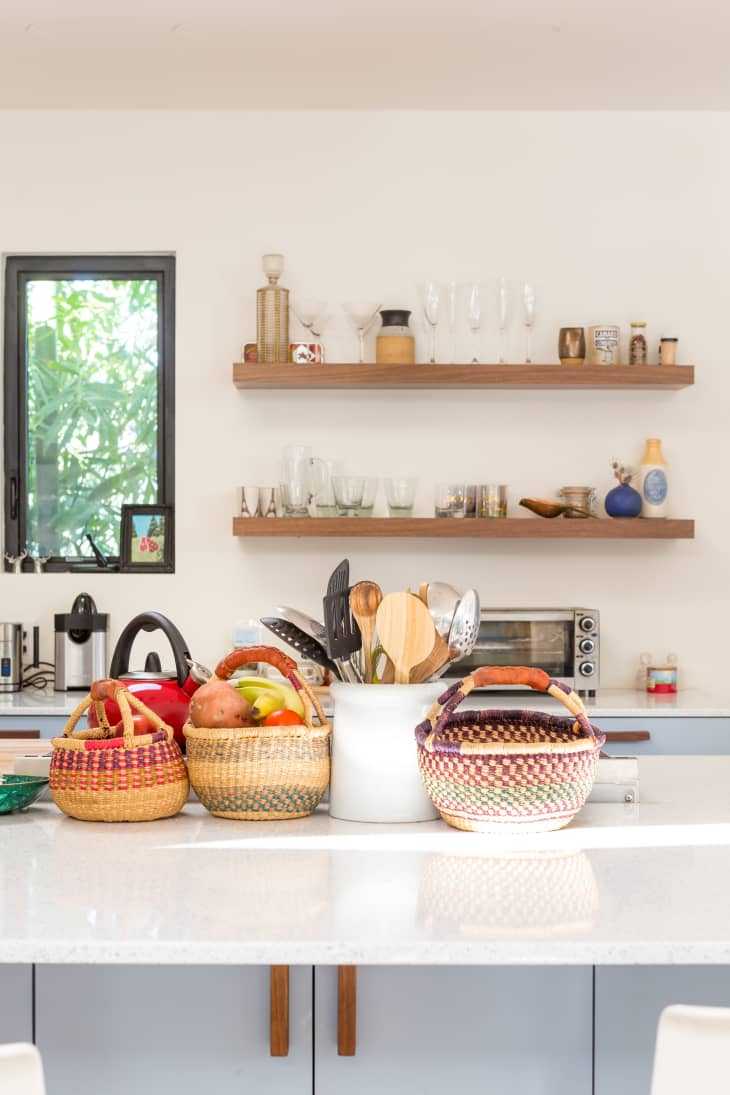 It seems like just yesterday I was bemoaning the ubiquity of granite, hoping and praying it would go the way of the dodo bird and I’d never have to see its speckled self in a kitchen again. Now, after several years of declining use, the day has come: another surface has officially surpassed granite in terms of popularity. Any guesses as to what the new countertop du jour might be?

It’s quartz, otherwise known as engineered stone. The National Kitchen & Bath Association (NKBA) reports that while granite is less desirable these days, the use of quartz is on the rise (by kitchen designers anyway. No word on what’s most used by DIYers or people who plan their own kitchens). What happened to change homeowners’ minds?

If you need a refresher on quartz countertops , here you go: Engineered stone comprises at least 90% of ground up quartz, which is mixed with a binder like resin, then molded into slabs. Add pigment during the manufacturing process and the sky’s the limit when it comes to color. Because it’s made from little leftover bits of mineral, versus mined in whole slabs and shipped around the world, it’s also considered a good environmental choice. It emits negligible radon, although recent reports suggest that building workers can have significant exposure to silica while inhaling dust during cutting and installation, which can lead to silicosis.

If you want the look, but not the maintenance, of natural materials like soapstone or marble, quartz is an attractive alternative. It used to only be available as a solid color, or flecked, depending on how coarsely the quartz was ground during the fabrication process. If you liked a very minimalist, manufactured look this was fine, but the overall effect was rather cold and impersonal and didn’t resonate with customers. Today, technology can produce quartz with organic-looking variations that resemble real substances found in nature. This makes a huge difference in the look and feel of a room.

Engineered stone manufacturers have also expanded their lines to include different finishes. There’s still the standard smooth and shiny quartz you’ve seen for years, but it’s also now available honed or sueded — with a softer, brushed feel — or more pitted like “volcano” rock or concrete. These latest offerings are decidedly less sleek and lustrous, with a warmer and more inviting texture.

Quartz’s main selling point is durability: it remains one of the most low maintenance materials around, and is fairly impervious to etching, stains, cracks or chips. (Note that certain finishes might require more daily maintenance. Caesarstone, for example, says that metal marks, fingerprints and other signs of daily living will show more on their honed or concrete finishes.) You don’t need to seal the surface upon installation, or reseal down the road. These surfaces are intolerant to high heat however, so it’s a good idea to use a trivet under any scalding pots and pans.

Since engineered stone is non-porous, it’s also pretty resistant to mold, mildew or bacteria. Cleaning is easy with only soap and water, or a mild detergent. Silestone does advertise the use of Microban — an additive with antimicrobial properties — in its products, which is something to consider if you don’t like the idea of added chemical substances.

Engineered stone remains one of the more expensive countertop options. Quartz generally runs about $70-100 per square foot installed, depending on location, quality, and what options you choose. IKEA also sells Caesarstone, which is priced between $43 and $89 per square foot, depending on the thickness and quality level. Don’t forget: if you time your purchase with their annual kitchen sale, you’ll also get the 20% discount.

Do you have quartz countertops? What’s your experience with this material?